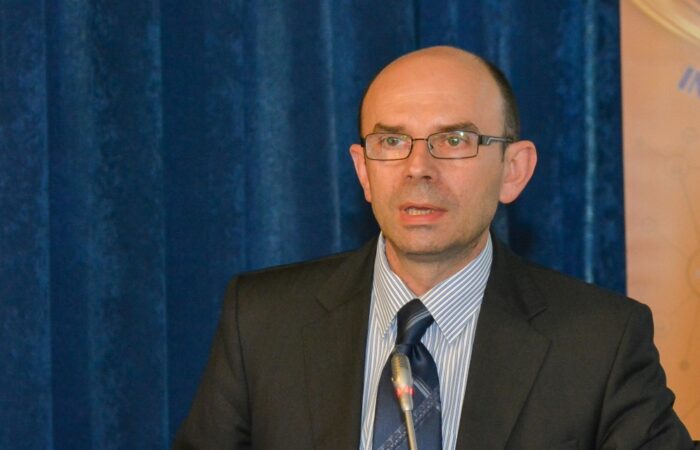 Doc. dr.sc. Stjepan Domjančić is a graduate political scientist who completed his studies in political science at the Faculty of Political Science in Zagreb, and received his master’s and doctoral degrees from the same faculty. He was elected to the scientific title of research associate (field of social sciences, field of political science, branch of international relations and national security) and the scientific-teaching title of assistant professor.

In the Ministry of Defense, he worked on matters related to military education, strategic management and planning, international cooperation and human resources management.

He regularly teaches at the highest levels of military education and in university study programs for the needs of the Armed Forces. He is an occasional guest lecturer at several educational and scientific institutions and within international organizations in the country and abroad.

He has participated in about twenty scientific and professional conferences and seminars in the country and abroad in the field of defense and security policy, civil-military relations, crisis management, military diplomacy and human resources management. He has published a book entitled Civil-Military Relations and Transition: Latin American and Post-Communist European Transitions and several scientific and professional papers.

He has performed a number of duties related to international academic cooperation and is a permanent member of the Executive Academic Board of the European Security and Defense College.