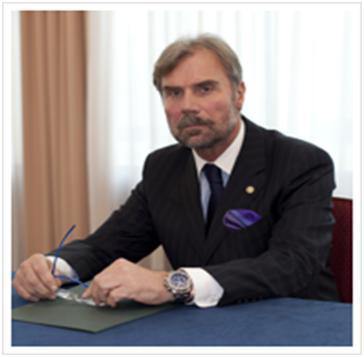 Mate Laušić – graduated in criminology at the College of Internal Affairs as well as at the Faculty of Criminological Sciences in Zagreb.

During his long career, he held a number of responsible positions in the security and defense sector of the Republic of Croatia.

Since 1971. until 1991. . He worked in police criminal affairs, namely in the operational affairs of combating classic crime, then as the head of the Department for the suppression of smuggling, forgery of documents and money and drug addiction, inspector of control of legality of work in the Ministry of the Interior, chief of operational duty in the Ministry of the Interior. , and Assistant Head of the Crime Suppression Sector of the Zagreb Police Department.

As an employee of the Ministry of the Interior, he was the director of security for a number of sports, cultural and public events, the most important of which are the Universiade – 1987, Eurobasket – European Basketball Championship 1989, World Archery Championship – 1989. As well as the Eurovision Song Contest – Eurosong in Zagreb in 1990.

He was also a member of the security staff of the Mediterranean Games in Split in 1979. and the 1984 Winter Olympics in Sarajevo. .

From 1. of December 1991 to 31.12. 2002. He was the Chief of the Military Police Directorate of the Ministry of Defense of the Republic of Croatia.

He made a very significant contribution with his activity to the fulfillment of the partnership goal under the Partnership for Peace program, which the Republic of Croatia joined on May 25, 2000. . ie. “Preparation of VP platoon for combat support to NATO peacekeeping operations”, which resulted in the fact that the CAF Military Police Squadron was the first unit within the CAF to participate in one of the NATO missions within the German military contingent in the ISAF mission in Afghanistan. March 2003 six years before the Republic of Croatia joined NATO as an equal member.

During his military career, he was repeatedly promoted to higher ranks, all the way to the rank of colonel general. In addition to numerous domestic and foreign awards, he was awarded several high medals and medals for participation in war operations during the Homeland War.

For many years he taught in the subjects “Personal and business security of managers”, then “Business intelligence” and “Criminalistics”.

He co-authored a book on security: “Are you really sure you’re safe?”

In recent years, he has been working intensively on assessments and plans for the security protection of seaports, cultural heritage, educational institutions and various critical infrastructure facilities, as well as security consultations for the Management of companies in the public and private sectors.